Mother’s day was extra special this year…I spent a night in Holland with our children (Ernie was in France with the French Air Force).

The drive there was unforgettable we drove the four hours from Ktown to the outskirts of Amsterdam with a stop over along the way to see an authentic Dutch windmill and parts of where Market Garden landings took place. Spring is a great time of year to explore the German countryside because the rape seed (canola) is blooming all over the place. 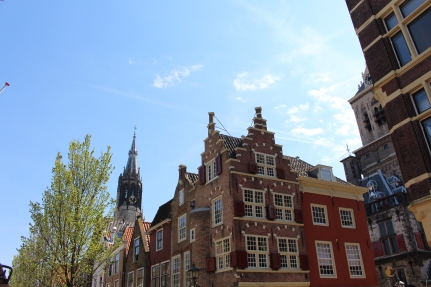 The kids and I did not go to Amsterdam, but we did see fields of tulips and beautiful dutch scenery. We spent the night in Delft, home to the famous Royal Pottery. We walked from our hotel through the once fortified bridge in to the quaint town of Delft. We spent the day perusing the flower and floh markets. We tasted herring and had a fresh, warm stroopwafle. Since hockey is the number 1 sport in Holland, Josie visited a hockey store .

The town of Delft reminded the kids of Venice with the canals and small houses that lined the waterways. Every one in Holland speaks really good English so we had a bit of a language barrier break. After a stroll around town we drove home through Belgium and France.

It was a short, but really nice trip to a small, beautiful country. 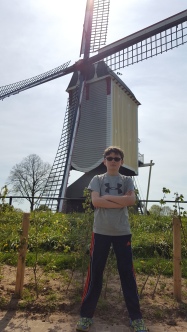 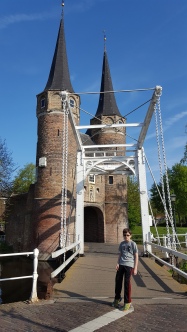 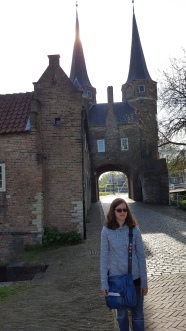 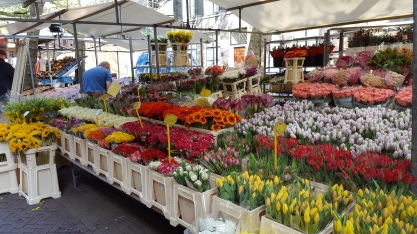 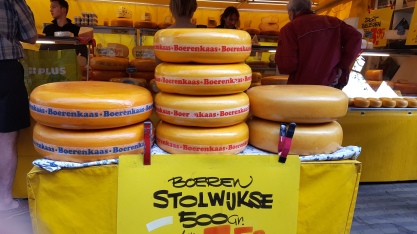 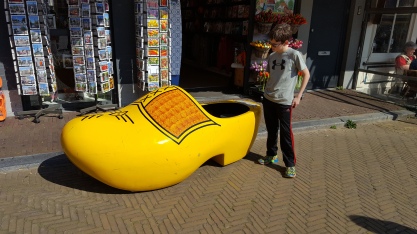 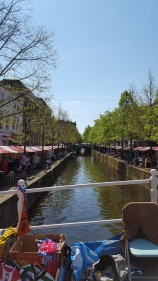 Do you know what the purpose of the windmills in Holland is?

Answer: The purpose of the windmills in Holland is to keep the North Sea out. Yep, that’s right most of Holland is under sea level and the country uses windmills to grow their land by almost 50 percent. Historically, windmills in Holland served many purposes. The most important probably was pumping water out of the lowlands and back into the rivers beyond the dikes so that the land could be farmed. In the fourteenth century, hollow-post mills were used to drive scoop wheels to drain the wetlands.